What a rubbish blogger I have been! Lots of races in the last 8 months that could have made good reading, but I just haven’t been able to get it down in writing. I am going to do a bit of a recap on the last 8 months in brief so that I can see what i have achieved, then I can hopefully keep it going to record my journey.

The thing that has given me a kick up the backside is the massive high that I have felt all this week after completing Beachy Head Marathon last weekend. There have been 3 events in particular that have had that effect this year. Firstly Brighton Half because it was my first half marathon and a huge personal achievement for me. Second was the Weald Challenge Trail Marathon back in May (my 1st marathon) and thirdly, Beachy Head, my second marathon and just the best day out ever! I have known for a while that my heart lies in off road running and the longer distances, but I have set myself a few challenges for next year which are going to see me have to up my game and get a bit speedier, so this week I am going to start my new training regime and try and make it count by losing the ‘junk miles’ and setting out with a purpose for everything that I do.

I think I will keep the rest of this post about Beachy Head and then work on a brief recap of 2014 blog after this…..

These were my running buddies for the majority of the Marathon. The lovely pink haired Tony and Hannah who was running her 1st marathon.  Hannah and I had decided going back a few months that we would run together as we are similarly paced and do quite a few training runs together. Tony is an old pro at Beachy Head ( I think this was his 9th one) and he ‘picked us up’ along the way, stuck with us and literally (one on each arm) dragged us round the last 3 miles! He knew so much about the course and I think this helped a lot to keep my mind off of how tired I was feeling but also so we knew what bits were coming next and how to approach them.

Jay and I were both embarking on our 2nd marathons and with the reputation that goes with Beachy Head Marathon, I think its fair to say we were both a little apprehensive and it had been keeping both of us awake for a few days before. Even though it was a little scary it was also a race that I had been massively excited about since I booked to enter, as I knew for this first time it would be about just getting round and enjoying the experience.

The weather was perfect! People have since said that it may well be the best weather that this event has ever had. Good temperature, dry and no wind! Not even up on the cliffs, it was eerily calm and still which i was pleased about but by the time we had all scrambled up the ridiculous hill at the start, I was sweating buckets and was stripping down to my running vest!

Jay and I had decided that we would not run this together as he is a speedier chap than me and wanted to see what he could do at his pace for a marathon, as he had run the Weald Challenge with me and so was definitely up for beating that time.

Once we got up ‘that’ hill (which we would have to negotiate in a downwards direction at the end) we were off and running and attempting to get in to some sort of pace, which wasn’t easy as there were a fair few ‘ups’ to deal with and so a fair bit of walking. What i was loving about it all was the scenery and the varying terrains that you had to run on. Beautiful open fields with sea views, cliff tops, woods, it was all just stunning!

I don’t want this post to drag on, so i will fast forward to about 18 miles where we hit the first lot of the 300 steps that we would have to climb. Steps after 18 miles of tough walk/running are not good for the old legs and all 3 of us struggled up these with the air turning bluer with each step as the language got decidedly worse!

Once we had dragged ourselves up here, I knew that a good friend of ours, Neil, would be at the 19 mile point taking photos of the Burgess Hill Runners. I am not one for enjoying massive crowds of support in races, but it is lovely to see a few familiar faces on an event like this and it really gave us all a boost to see him!

I actually felt quite sprightly at this point and had had a little jump in the air…..that was short-lived because as we left Neil, we began our descent to the legendary cliffs called The Seven Sisters!

These delightful ladies consist of 8 (the erosion of the sea created the 8th) chalk cliff peaks and dips which are incredibly steep going up and down and after one of them, you have to muster all your mental and physical strength to get your head around the fact you have to do that over and over again on incredibly tired and crampy legs!  Lets put it this way, they were referred to in a far ruder way than ‘sisters!’

Ok, so we managed to scramble (literally) over the Seven Sisters and by this point it was about 21ish miles. I wasn’t feeling too bad and Tony had told us that we had a checkpoint at 22 miles which I was hoping would stock some of the yummy hot cross buns that i had been virtually inhaling at the 16 mile point. Its amazing what hits the spot on a run of this length and for me it seems to be digestive biscuits and hot cross buns! I did bring an emergency stash of marmite sandwiches but i ended up eating those at the end.

We got through 22 miles where we also saw a few of our Burgess Hill Runner buddies and after a quick chat and said ‘buns’ we set off for our last parkrun and a bit! This last part was a long slow drag up to Beachy Head and it was at about 23 miles that my legs decided they didn’t want to play anymore. Even though i kept shouting out that it was only a parkrun and even counting down the miles and half miles, my legs were having none of it and each step became a real struggle. Luckily Madame Tony stepped in and grabbed Hannah and I by the hands and dragged us up that last hill, telling us all the time that once we got to the top it was all downhill to the finish.

I wasn’t even sure that I would be able to run the downhill, but its amazing what the thought of the finish line can do to you and knowing that you can let the downhill pretty much carry you along. We also saw some familiar supporting Burgess Hill Runner faces as we were about to embark on the steep downhill we had run up at the start and they ran with us and kept us going. I literally couldn’t  believe it when we got to the brow of the hill and there at the bottom was the finish and I could hear people calling our names!! As long as we could get down without falling over!

Well we managed to pick our way down, hand in hand and all our Burgess Hill Runner friends that had finished had all congregated around the bottom of the hill and the finish line to cheer us in! It was so lovely to get their support as always at the end of the race. I grabbed Tony’s hand at the bottom of the slope and the 3 of us ran to the finish line! We had made it in a time of 6.44 which was 2 mins faster than my previous marathon and under the 7 hours that i had set myself as not wanting to exceed.  I was ecstatic!! Hannah had completed her first marathon and was overjoyed and Tony had been an absolute Angel, sticking with us, keeping us going and making sure we got over that line. Jay finished in a time of 5.38 knocking a whopping 1 hour 8 mins off his previous time and just showing what he was capable of. It was so lovely to see him at the finish.

That evening, around 28 of us descended on our favourite curry house to celebrate the days achievements. What a fantastic way to finish off a really great day. I couldn’t have asked to spend it with a better bunch of people!

This was the running highlight of my year (can’t see anything topping this in 2014 now) and an event that I can see being a regular feature on my running calendar!  Its certainly an event that the weather could make or break and I know how lucky we were this year, but all i can say is bring on 2015 Beachy!!!! 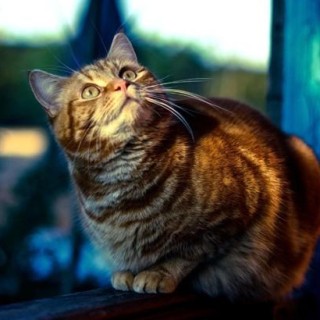